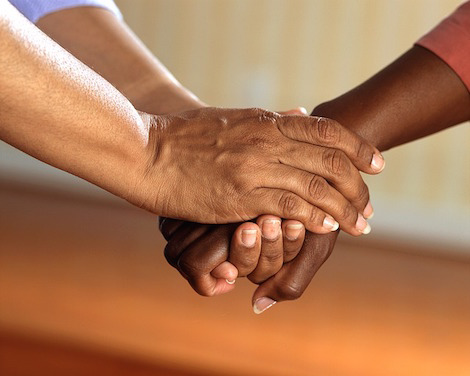 1 John 3:17-18
But whoever has the world’s goods, and sees his brother in need and closes his heart against him, how does the love of God abide in him? Little children, let us not love with word or with tongue, but in deed and truth.

Today’s generation is one that is obsessed with self. My friend calls it the selfie generation, a generation that is so obsessed with self that they take selfies every other minute just to see if they have changed. The ability to care for others has lost its place in the lives of many because we focus solely on ourselves. The one passage that comes to mind when we talk about caring for others is the Good Samaritan;

Luke 10:33-35
33 But a Samaritan, as he traveled, came where the man was; and when he saw him, he took pity on him. 34 He went to him and bandaged his wounds, pouring on oil and wine. Then he put the man on his own donkey, brought him to an inn and took care of him. 35The next day he took out two denarii[c] and gave them to the innkeeper. ‘Look after him,’ he said, ‘and when I return, I will reimburse you for any extra expense you may have.’

The man was on a journey yet he cut it short because he stumbled upon a fellow human being who was hurt and in need. Society had created a rift between him and the injured man because Samaritans and Jews did not mix but he overlooked that anyway. It cost him his journey, time and resources and exposed him to danger but he was committed to help a fellow human being. He stopped thinking about himself and his focus was on this stranger in need.

That’s a rare quality to find today because most people will only step in to help if there is something in it for them. The kingdom culture of considering others as better than self and helping others is something we only read about but it’s a rare culture to see in action. In fact it is so rare even among believers that when you are spotted being kind and helping out, then it becomes big news.
God has placed us as His representatives in communities and families with people who need help. Will you extend a helping hand? Will you and I be willing to sacrifice our own comforts like the Good Samaritan so that someone else may find help? Remember you may not be able to help everyone but you are able to help one. Make it a point to change that one life today.