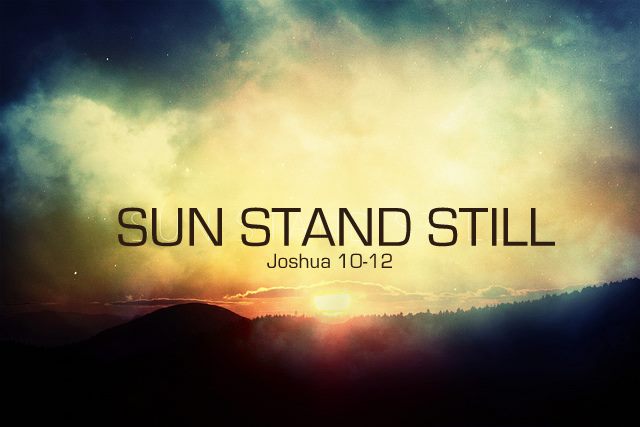 Lessons from Joshua
Joshua 7:6-11 (AMP)
6 Then Joshua tore his clothes and fell face downward on the ground before the ark of the LORD until evening, he and the elders of Israel; and [with great sorrow] they put dust on their heads.

Ai, that’s a name many of us remember. After Jericho, the next city that Joshua went against was Ai which looked like no big deal but what Joshua did not know was that Israel had violated Gods instructions. Ai stood against Israel and killed about 36 men and this surprise defeat drives Joshua into prayer. He seeks the Lord to find out what was wrong and in doing so, the Lord reveals that there is sin in the camp.
Joshua was a man who prayed. He sought the Lord to understand what went wrong. He sought the Lord to download strategy as he led Israel into the land of promise.

Proverbs 3:5-6 (AMP) 5 Trust in and rely confidently on the Lord with all your heart And do not rely on your own insight or understanding.6 [a]In all your ways know and acknowledge and recognize Him, And He will make your paths straight and smooth [removing obstacles that block your way].

That is what Joshua did and we can see the success that he had. God lead him to victory and the Israelites occupied the land that God had promised their father Abraham. To lead the people of God you have to be a man of prayer, you have to know the mind of God and that can only be done when you spend time with Him
Joshua 10:12-13 (AMP)
12 Then Joshua spoke to the Lord on the day when the Lord handed over the Amorites to the sons of Israel, and Joshua said in the sight of Israel, “Sun, stand still at Gibeon, And moon, in the Valley of Aijalon.” So the sun stood still, and the moon stopped, Until the nation [of Israel] took vengeance upon their enemies

Even in the midst of warfare Joshua prays. He was so in touch with God that when he made a special request for the sun to stand still so he could pursue his enemies, God actually granted him his desire. The sun stood still until Israel took vengeance upon their enemies.
A great leader is one who understands and consistently taps into the power of prayer because they know that as long as they are in Gods will and they are tapping into the power of prayer then God will do anything to ensure their success even if it means stopping the sun from setting.