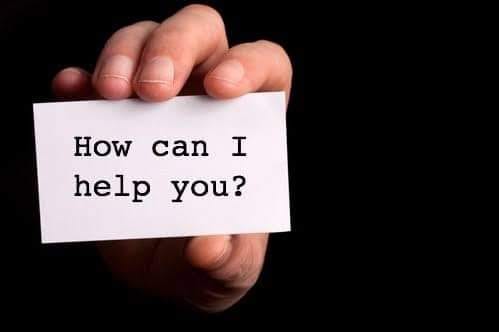 Luke 10:33-34
33 But a Samaritan, as he travelled, came where the man was; and when he saw him, he took pity on him. 34 He went to him and bandaged his wounds, pouring on oil and wine. Then he put the man on his own donkey, brought him to an inn and took care of him.
When we hear about giving as Christians, we mostly gravitate to giving our money in Church and that is it. But there is more to giving than giving money. In fact, it is said that money is the cheapest thing you can give. This week we look at other things apart from money that we are to give to one another.
The good Samaritan gave something that the priest and the Levite were not willing to give, though they had the capacity to give it. They were not willing to HELP. To offer help is to give aid or assistance to someone, making it easier and possible for them to do something. It is to step in to do something for another that they may not be able to do for themselves.
When we think only of ourselves, when we are consistently rushing and when we lack compassion, then we will not be willing to help those in need. We may not even notice that they require help.
Proverbs 3:27 (NIV)
27 Do not withhold good from those to whom it is due, when it is in your power to act.
Help can be in many forms and shape. It can be financial help; it could be physical help, intellectual help though advice and so on. The reality is that everyday God sends our way people who require help, but truth be told we miss out on the opportunity when we are so self-focused. It could be something as simple as helping a blind individual cross the road, or something as huge as housing someone who has no source of income and a place to stay.
The Good Samaritan was moved with compassion and for some time he forgot about himself and where he was going, and he placed his full attention and his resources to help this stranger who was possibly a Jew and remember the Jews and Samaritans had bad blood between them. The two communities never mixed, let alone help one another. That tells me that God expects us to help even those we may not mix with socially or even religiously.
Look around you today and ask God to show you those around you that may need your help, then go on, step out of your way and offer help to someone who needs it.