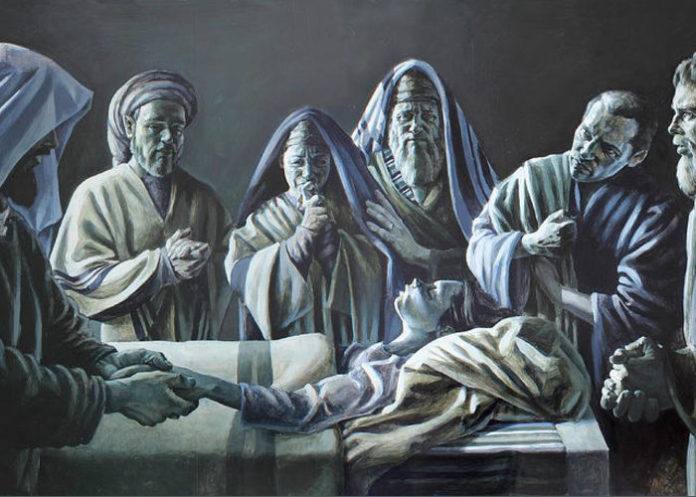 Now a man named Jairus, a synagogue official came [to Him]; and he fell at Jesus’ feet and began begging Him to come to his house; for he had an only daughter, about twelve years old, and she was dying. But as Jesus went, the people were crowding against Him [almost crushing Him].

Jairus is what you would call a good man. He worked in the “church” so to speak he was an official of the synagogue. His only child was sick and she was only 12 years old. Interesting that the Bible goes to mention her age and also goes on to tell us the woman with the issue of blood who interrupted this story had also suffered for 12 years. She had suffered for as long as this little girl was alive and now their destinies were colliding. Everyone has their journey and it is not the same with any other person’s journey. Here you find two individuals whose destinies were about to collide, one has been sick for 12 years facing rejection and pain while another is a child who has been alive for only 12 years and is also now sick. In fact, the child goes on to die but the woman who has been suffering for longer does not. We cannot compare our race with someone else’s race, what we need to be assured of is that God has a good plan for each one of us.

The enemy will attack your family even your little children who are helpless even though you may be working for God in the church. Sometimes we may have the notion that because we are working for God then everything will be a smooth ride. Well, that’s not the case because the enemy will look for every opportunity to attack us so that we may be discouraged and distracted.

As a father, be present and concerned about your family. Be a covering over them.

We all have our races to run, never compare your race with another person’s race.

In the same way, God is a loving and caring father who loves us and watches over us and no matter your circumstances, if you trust Him, you will enjoy the good plan He has over your life.